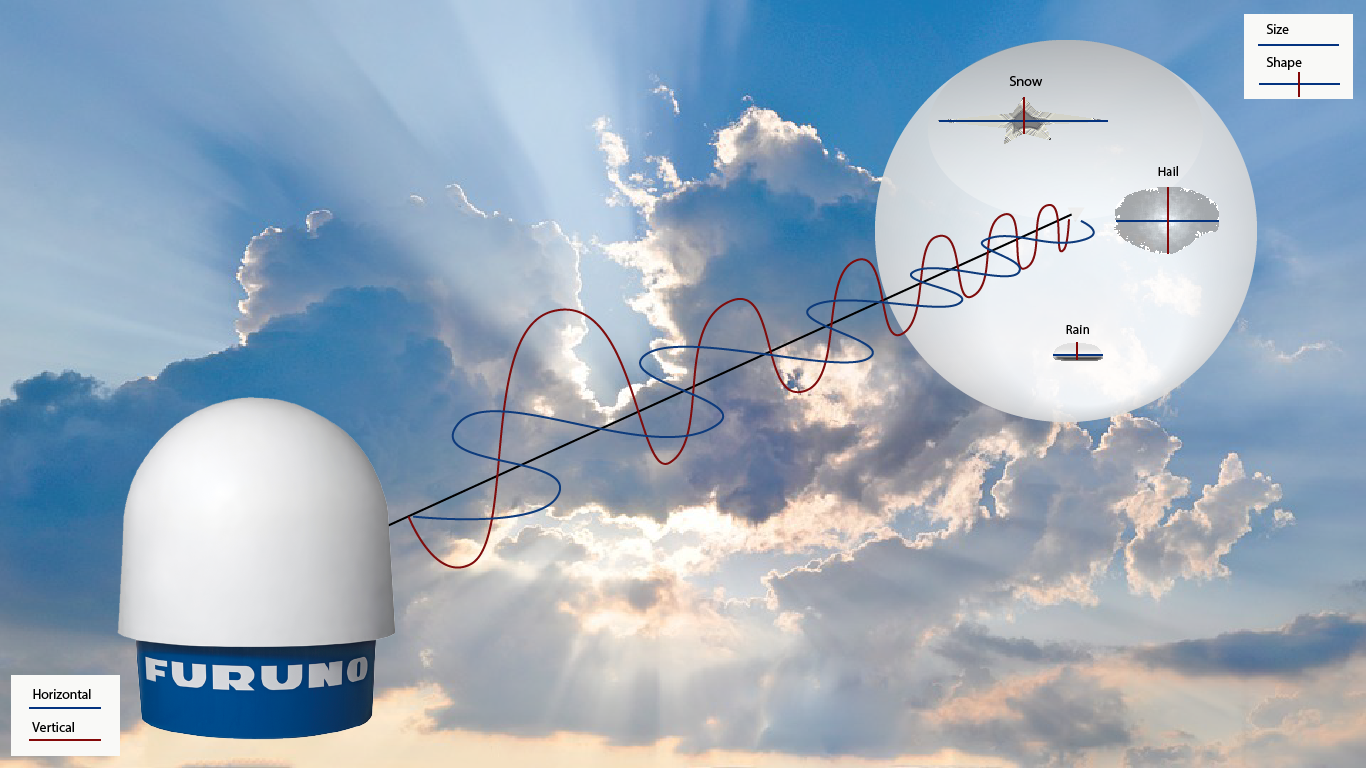 The dual-polarimetric radar Furuno WR2120 also recovers signal intensity loss and attenuation caused by heavy rain. This is possible because the Kdp eliminates the attenuation (slowed signal) issue caused by the flattening of larger raindrops. Kdp is also not dependent on transmits or received power. This will give a better rainfall estimates and will help decision makers. 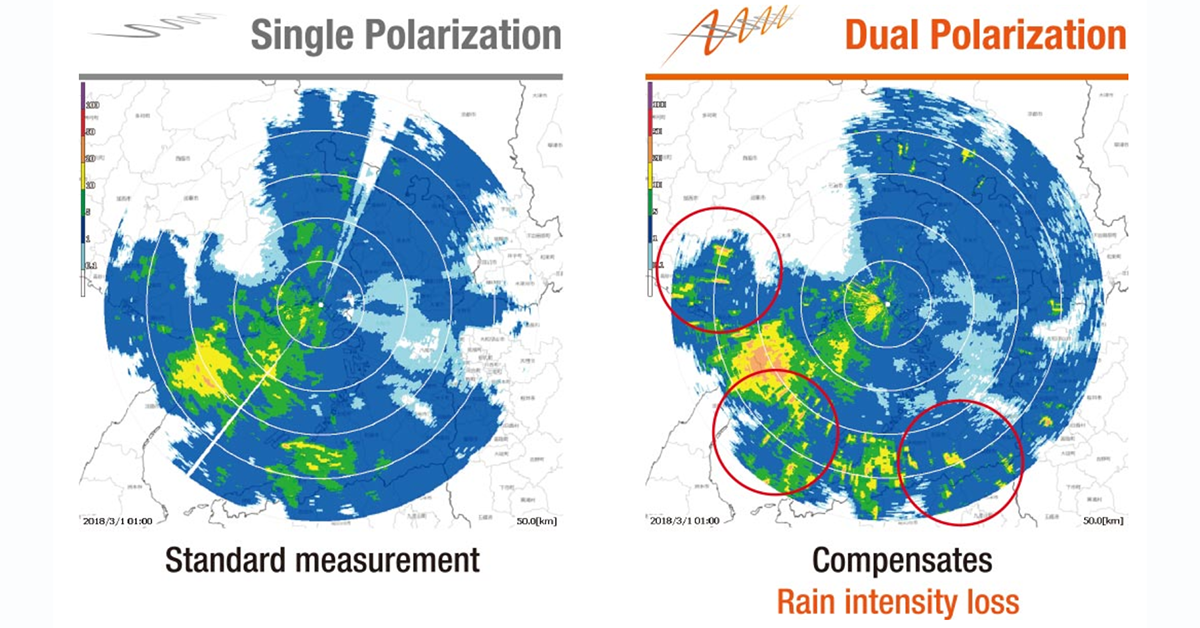 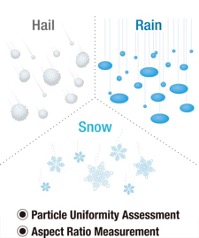 Data such as echo strength or phase difference provided by the Furuno WR2120, can be utilized to assess the nature of the detected particle and deduct whether it is snow, hail or rain.

While the Furuno WR110 sends out a single horizontal pulse; this pulse could measure the intensity and motion of precipitation but are not able to discern precipitation type and non-meteorological objects.

The dual-pol Furuno WR2120 emit two simultaneous pulses, one horizontal and one vertical. Emitting two pulses enables the radar to obtain three-dimensional characteristics of its targets. This has resulted in considerable improvement for weather analysis and forecasting, including more accurate estimation of precipitation type and accumulation and estimates of tornadoes.

A dual pol radar is also able to detect melting layer in the atmosphere. This is the layer where snow and ice crystals reach the temperature that rises above freezing point and starts to melt. The initial melting forms a coating of water which is highly reflective to microwave energy. This will help in discission support for both aviation and surface transportation. 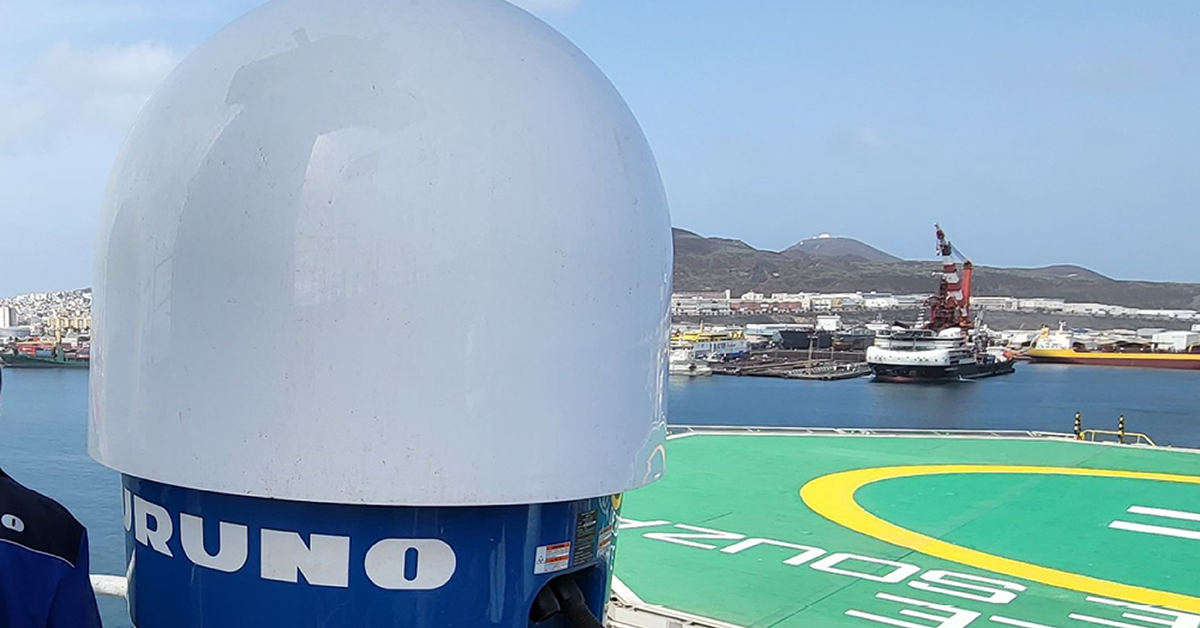